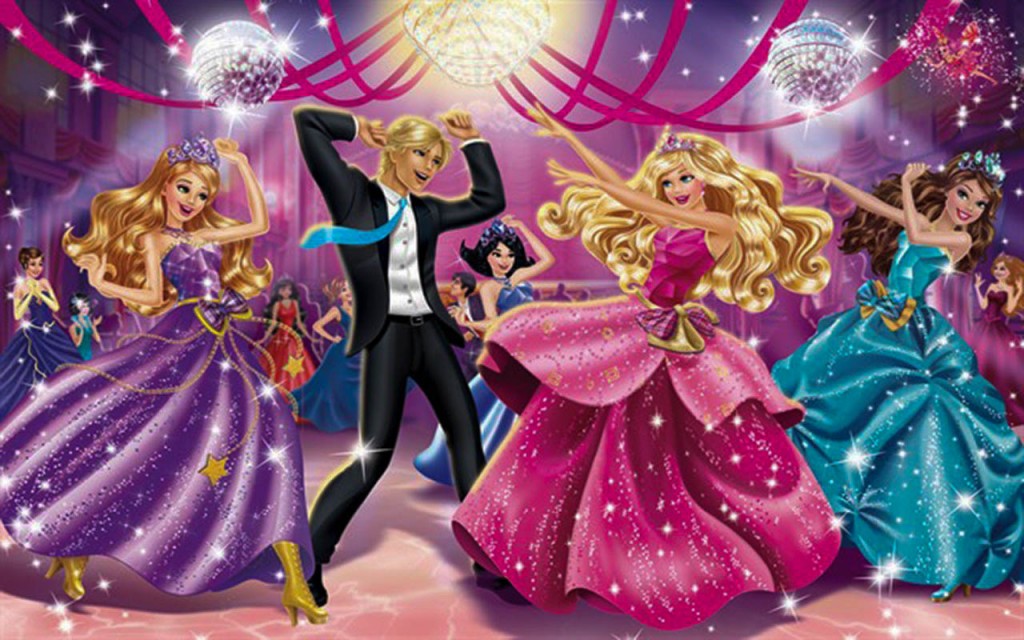 Tell a 5-year old girl she’s going to have a Barbie-themed party and you could literally taste her excitement! I imagine her eyes bulging with excitement, hands clasped, pulled towards her face to cover her nose in part and mouth left agape. If she’s dramatic, I imagine a tear drop from her sparkly little eyes. Ah! What a sight that would be!

What is it about Barbie Dolls that draws such admiration not only from the eyes, but also, from the hearts and minds of little girls?

THE EUREKA, THE MOMENT

Ruth Handler closely watched her daughter; Barbara and her friends playing with paper dolls imagining roles as College (university) students, Cheerleaders and Adults with careers. Handler aspired to invent a doll that would better facilitate the way young girls were playing with their dolls. Handler created the first Barbie doll and said; “Barbie was a symbol of freedom and possibility for young girls and women.”

The Barbie Doll is an invention borne from careful observation of one’s environment and analysis of the situation that surrounds one.

So, in a way, the Barbie Doll resonates with us in some way and fashion.

Captured in these two photos is one of my many “Barbie Doll Moments”. I was a Sales Consultant working with Jumia Nigeria. Google was set to launch a signature phone (Infinix Hot 2 – Android One) in partnership with Infinix and Jumia was the official seller. So, the top ten Sales Consultants (of the possible 50,000 in Nigeria at the time) were invited. We were to arrive at the Landmark event centre, Water Corporation Drive, Victoria Island, Lagos by 8a.m. to set up our stands and show people how the phones would be used, the features and the benefits of purchasing such a cheap mobile phone with amazing qualities and to order the phones for them online. It was a star-studded event.

By evening, Chef Eros (a celebrity Chef/baker in Nigeria) had just set up his stand, everything looked so yummy, he had created pastries to reflect the theme of the event. I loved the idea of eating an ‘Android cake’. As I moved towards Chef Eros’ Stand, Korede Bello (a popular musician in Nigeria) was ushered in for his performance amidst tight security.

As soon as he was settled on stage and had begun his performance, I strolled to Chef Eros’ stand to have a cookie (perfect timing, right? almost everyone was enjoying the show or so I thought) but Baba warned me sternly that no one could have anything until the Korede Bello’s performance had come to an end. Impactada!!!

What was it about Korede Bello? He was a celebrity; his Profession; Singing, the reason I must wait; he had come to perform his hit Single “God win”. Even though I did not know the Artist, I knew the song. I thought to myself; “What must I create that will make people wait on me?”

The Barbie Doll was created as a shift from what was usual at the time. It was a sharp departure from the norm.

In 1959, Ruth Handler created the Barbie doll. Handler and Mattel introduced Barbie, the teenage fashion model, to skeptical toy buyers at the annual Toy Fair in New York on March 9, 1959. The new doll was very unlike the baby and toddler dolls that were popular at the time. This was a doll with an adult body.

The toy buyers were “skeptical”, they were doubtful; like “ewo tun le leleyi o“, despite that, they bought the toys.

The American International Toy Fair is an annual toy industry trade show held in mid-February in New York City’s Jacob K. Javits Convention Center and at toy showrooms around the city. The event is open to the toy trade only – toy industry professionals, retailers, and press representatives. Toy Fair began in February 1903.

So, Ruth Handler knew what she was up against. She knew toy professionals were coming from all over the United States, so what was it that gave her this charge? this confidence? She pulled a stunt 56 years after the first Toy fair was held!

I Can Imagine Mr. and Mrs. Handler heading to the fair with their creation and the perplexed looks they must have drawn from bystanders. I mean some must have giggled down their faces with looks of amusement clearly spread across their faces, the couple held on still.

If you must know, New York is painstakingly (sic) cold in February, it’s like someone completely turned off every form of heat and opened a snow house on that city. Check the gallery below of my pictures when I attended an owambe (Yoruba traditional party) with my cousin in New York

Where do you see yourself in all of these?

In the Handler Couple or in the Bystanders?

What’s in all of these for you? Are you doing something, something that you are particular about? something that draws your energy and drives your passion and no one seems to be noticing or they are poking fun at you, they are not supportive?

“How can someone comment on something they know nothing about?”

Are you with me?

The first Barbie was sold for $3. Additional clothing based on the latest runway trends from Paris were sold as well for between $1 and $5. In 1959, the year Barbie was released, 300,000 Barbie dolls were sold. Today, a mint condition “#1” Barbie doll can fetch as much as $27,000. To date, more than 70 fashion designers have made clothes for Mattel(the parent company that produces Barbie dolls), using in excess of 105 million yards of fabric!

Handler created one of the world’s most successful toy companies, Mattel. Her Barbie doll is one of the most popular and iconic toys in the world. In 2016, the Museum of Decorative Arts in Paris had a Barbie show featuring hundreds of dolls alongside artworks inspired by Barbie.

Handler died at the age of 85 years. She mastered her purpose and fulfilled destiny, she lived her best life!

Where do we go from here?