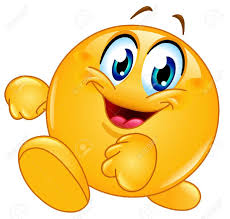 i) Samuel was under tutelage when he was called. He had the Prophet Eli to put him through and even discern that it was the call of God

ii) There was a witness to his call; the call from which he received the ‘Unction to function’; “Samuel grew up and the Lord was with him and let no word of his fall to the ground. All Israel from Dan to Beersheba came to know that Samuel was accredited as a prophet of the Lord” (1 Samuel 3:19-20).

I spoke a lot about this ‘unction to function’ in SOAR- SONS OF AARON.

I thought this was interesting until the Gospel was read.

The point that struck me when the Gospel was going on is; “but he would not allow them to speak, because they knew who he was”

That evening, after sunset, they brought to him all who were sick and those who were possessed by devils. The whole town came crowding round the door, and he cured many who were suffering from diseases of one kind or another; he also cast out many devils, but he would not allow them to speak, because they knew who he was. Mark 1:32-34

What do these opine?

If only many Christians knew that; ‘knowing God’ is not enough justification to be a Pastor, but receiving the unction to function in the presence of at least one witness; take two, is required.

The Lord calls everyone to ‘Come‘. While the invitation is open to all, he calls all into the ministries as he wishes, have you discovered yours?

The Lord makes no distinctions or restrictions, he embraces all and wants ‘all to be brought to him’, going further; he wants all to come to him!

Come to me all you who labor and are heavy-laden and I will give you rest!

Are you in a place in life where you feel stifled? the rules are driving you crazy more than helping your mental health? You are encumbered in some way and constantly being told what to do and how to behave? You feel like a fish that has been taken out of water and are not functioning well?

Is this a Church?

You have no business being in such a place! Your Lord is not there! Your Lord’s focus is on Love! He beckons on us and admonishes us daily in Love.

FOUR MARKS OF A CHURCH

To be called a Church, It must be;

For Scriptural backing of the Four Marks of the Church, you can check here.

The greatest of all the commandments is Love; for Love can do no wrong.

If you focus on; not committing adultery, not hurting your Parents, not telling lies, not stealing, not…, etc. You will constantly be focused on the ‘nots’;on the negatives whereas you should be focusing principally on Love, for Love can do no wrong. It is the reason, it is the easiest way to abide in God.

The deal is to Come; ‘not reason the matter, as you be, na so you go come‘. It’s only by association with the Lord that you can be made perfect in love.